It’s been 5 years now since I sustained an Acquired Brain Injury (ABI) and I still experience what I call “Brain Injured Moments”.

These Brain Injured Moments are a part of who I am these days and I can usually laugh them off. Why not, this is my life now so I may as well make fun of my situation as long as it doesn’t affect or hurt anyone else. It’s the resilience that I have been building on for 5 years now.

Whilst I have been able to reduce the severity of some of my mishaps, every now and then one pops out and stings me.

My wife and I have been renovating our house, chipping away, enjoying the journey and reflecting on what we are creating.

Whilst working on the front yard renovation recently, I spent a day digging trenches for the reticulation. There was quite a bit of hard-yellow brickies sand so it took quite a bit of time and effort to complete. If you have ever experienced this lovely sand before, it is called brickies sand for a reason for it sets as hard as concrete…not quite as hard but you get the picture.

Now I could have had hired a machine such a rotary hoe or a mini excavator to dig the trenches however I enjoy the exercise and knowing that I created this garden myself is very satisfying.

Whilst digging these trenches, I hadn’t known it at the time but I had fractured my right foot whilst using the shovel. Even though I was wearing my steel capped safety boots, smashing the base of my foot down onto the step of the shovel for an entire day wasn’t good practice.

These days, I can have a delayed response to pain and this was to be one of those occasions. It wasn’t until 3 days later that I went to step down a normal sized step and heard an almighty crack from my right foot which was accompanied with an immense amount of pain.

I went to hospital for an x-ray to see if I had done any major damage. The result was a “Fifth Metatarsal Fracture” otherwise known as a “Jones Fracture” in the right foot which required surgery in a few weeks’ time. The Doctor said that my foot would have already been broken whilst digging the trenches and it was the weight going down the step that snapped the remaining part of the fractured bone. Had I felt the pain from the fracture whilst digging the trenches at the time, then the bone breaking all the way through 3 days later could have been avoided.

In the meantime, I was required to wear a moonboot and use crutches to ensure I wasn’t placing any weight onto the foot. This also protected my foot from further injury.

One thing I have never had to use before in my life are crutches and given the difficulty I have in learning new tasks (not in the long-term memory bank), I was going to give it my best shot.

Now the first time using them was in front of the Doctor at the hospital and I can say he was not impressed. You see, my brain was trying to process which foot needed to touch the ground and which foot needed to stay elevated. I was so slow in my decision making that mid-flight I would slam my moonboot down whilst keeping my good foot elevated. In addition to this, the quicker I tried to remember which foot needed to be grounded, the faster I was travelling…a recipe for disaster ha-ha.

Much to my wife and the Doctors horror, they watched as an out-of-control man (me) wearing a moonboot and on crutches sped straight into a gyprock wall within the corridor of the hospital. I remember the Doctors words as “lets provide you with a Zimmer Frame instead of the crutches hey”. I’m not sure whether the Doctor was only concerned for my health or the impression to others that were waiting in the hospital of a person on crutches smashing through a wall.

Can you picture this? I hope you are because I’m laughing as I reflect and write this post.

I’m happy to say that the gyprock was left undamaged however my pride was slightly wounded.

Well apart from looking and feeling like I had just celebrated my 85th Birthday, walking around with a four-legged walking frame with two wheels, it was far safer for me than using the crutches.

Whilst this frame was safer in wide open spaces, I found that the frame a lot of the time got in the way of stationery objects within our home. There were many times where I had to push the frame to one side and place as much weight onto my left foot whilst only using the heel of the moonboot on the right foot.

For those that have never worn a moonboot before, they are a very smart invention that ensure the foot is stable and secure preventing any further damage to that foot.

Now if I was to put a warning sign on moonboots that would accommodate people like myself that don’t necessarily see the big picture, I would write the following warnings;

I was inside my house, sitting on a chair when I decided to walk in to my office. The Zimmer Frame was scraping our hallway table so I pushed the frame to the side and continued to walk by myself.

In doing this, the toe of my moonboot on the right foot slid under a lamp cord tripping me head first towards the hallway wall. Now with the sole of the moonboot having no flexibility to fall fully forward without breaking my leg, my natural instinct was to fall to my left which I did successfully.

Unfortunately, when I rolled left, I managed to shift all of my weight onto the left side edge of my left foot. Once again, I knew I had injured my foot but was hopeful that I had only sprained it.

I returned to the hospital for another x-ray in which the Doctor confirmed I had broken my left foot in the exact same position as the right foot…a “Fifth Metatarsal Fracture” (Jones Fracture).

The Doctor advised my wife and I to purchase a lotto ticket. My wife said “why would we do that, isn’t this unlucky?”.

The Doctor replied “yes, it is unlucky however the chances of a person breaking both feet, in the same segment of bone in separate incidents is as rare as winning first division lotto” …thanks Doc!

Under Doctors orders we did purchase that lotto ticket…and didn’t win!

Five days later I returned to hospital and had both feet operated on having a screw inserted into both feet to help the bones heal.

Having two feet that were operated on meant that I would now have to use a wheelchair for 5 or so weeks.

The wheelchair presented a list of other challenges that I was to face however I am going to share this as a separate video post for it really deserves to be shared as its own entity. 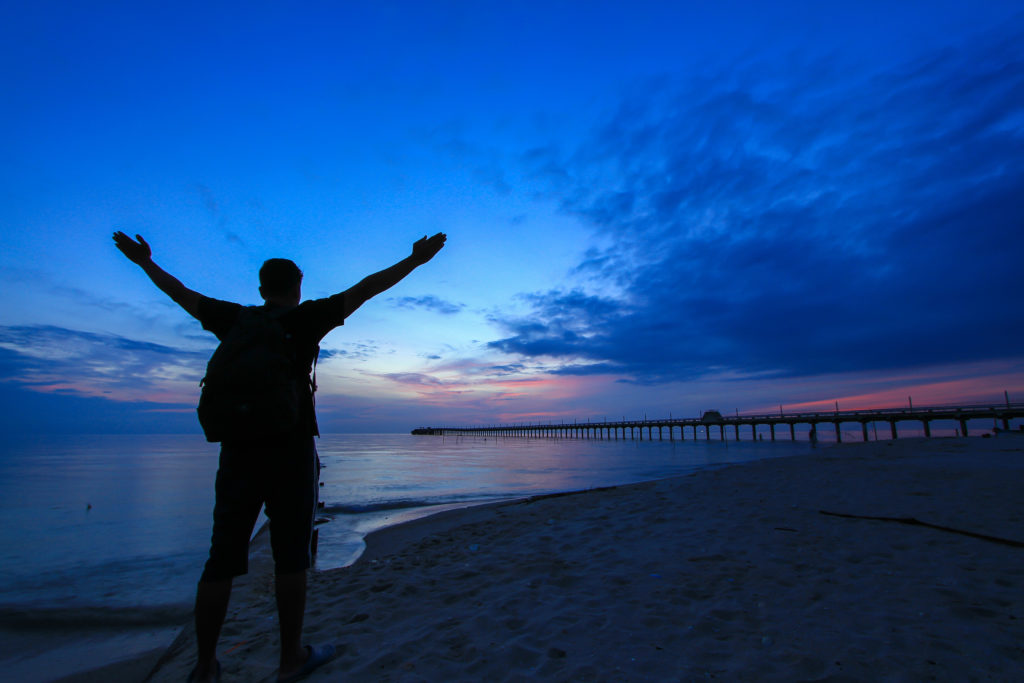 Living with an Acquired Brain Injury, I truely believe I’m a better version of myself these days but cannot dismiss the fact that this health impact (brain injury) just keeps giving.

It’s not something I dwell on or get depressed about but Im very mindful that whilst I have overcome and adapted to this new version of me, there are constant flow-on or ripple effects that are associated with my brain injury.

Now you may think I’m crazy but I still take all of these flow-on or ripple effects as positive impacts. I am learning about my personal boundaries every day and what changes I need to make to prevent the same outcome.

My learnings that I pass onto others is that if you can’t see the positive in the hurdles that we are faced or challenged with each day, your personal mental health can be very easily affected in a negative way so stay positive and stay strong.

Take your day with your arms wide open…

My ABI just keeps giving and I just keep learning!